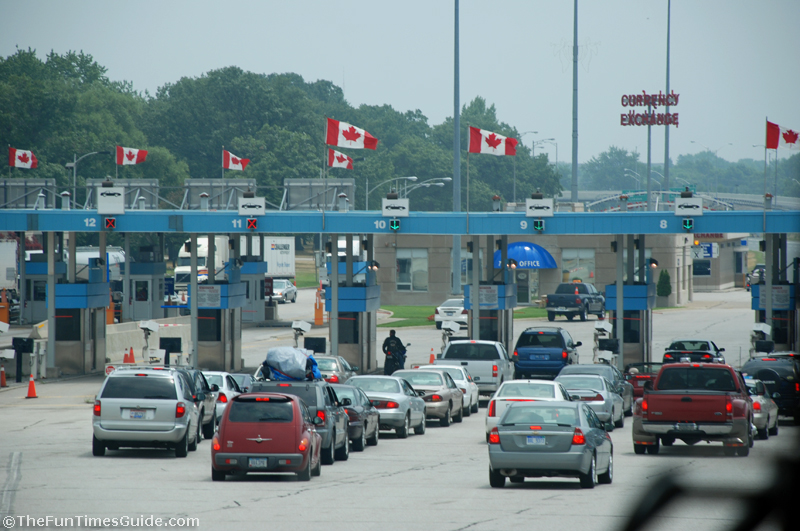 In most cases entry into Canada is straightforward for Americans. There are, however, a number of details to keep in mind. You may be asked to prove your citizenship when you visit Canada, so have acceptable documents with you. A U.S. passport is by far the best proof of citizenship. If you do not have a passport, U.S. birth certificate or naturalization papers may be accepted. Sometimes, but with far less certainty, other types of identification such as medical cards or a credit card may suffice, if they are accompanied by an official photo identification card such as a driver’s license. In rare cases immigration officials may prevent the entry of visitors who appear to pose a health risk, those whom they doubt will be able to support themselves and their dependents during their visit, or those whose willingness and means to return to the U.S. or some other country following their stay in Canada they question.Similarly, to be admissible to Canada, visitors must not have a criminal record. This includes any convictions for driving while intoxicated. While it is rare for Americans visiting Canada to be challenged on any of these grounds, those with doubts about their admissibility into Canada should contact the Canadian embassy or the nearest consulate and ask to speak to an immigration officer.

All people seeking to enter Canada must appear for an examination, answer truthfully all questions put to them and provide whatever information or documentation reasonably required in order to assess whether they have the right to enter Canada or may be authorized to enter Canada. It is an offense to knowingly, directly or indirectly misrepresent or withhold material facts related to a relevant matter that induced or could induce an error in the administration of the Immigration and Refugee Protection Act. It is also an offense for a person seeking entry to refuse to answer questions put to them at an examination.

As a visitor to Canada, you must satisfy an immigration officer that:

Effective January 23, 2007, if you are a citizen or permanent resident of the United States coming directly from the United States, you require a passport for all travel into Canada. As you might know, requesting a passport takes several weeks. Please ensure your passport is up-to-date. Citizens of certain countries may require a visitor visa in order to enter Canada. The visitor visa must be applied for at a Canadian Consulate and be in the visitor’s possession prior to their arrival to Canada.

All visitors coming to Canada must be prepared to demonstrate at the border that they have sufficient funds to cover travel costs and are capable of financially supporting themselves in Canada, or that someone in Canada is willing and able to care for them during their visit. If you are receiving care and support of someone in Canada during your visit, a signed invitation letter could reduce processing times at the border. Games participants could be considered as having access to assistance provided by the Games organizers.

Persons who are inadmissible to Canada

You may be denied a visa, refused admission, or removed from Canada if, for example:

In some cases, prospective visitors who are inadmissible for minor offences may be granted discretionary entry through the issuance of a TRP – Temporary Resident Permit. Terms and conditions may be imposed and a fee is normally collected.

Members of inadmissible classes include those who have been convicted of:

Minor offences: including shoplifting, theft, assault, dangerous driving, unauthorized possession of a firearm, possession of illegal substances, etc. Indictable criminal offences: including assault with a deadly weapon, manslaughter, etc. If you have been convicted of driving while intoxicated (DWI), you are considered a member of an inadmissible class. Driving while under the influence of alcohol is regarded as an extremely serious offence in Canada. If you have traffic violations (including parking/speeding tickets) and other minor violations you most likely will not be prohibited from entering Canada. Similarly, if you have juvenile convictions (convictions for crimes committed while under age 18) most likely you will not be prohibited from entering Canada unless you could have been tried as an adult for your offences.

If you have been convicted of an offence outside Canada and 5 years have elapsed since the termination of the custodial portion (if any) of the sentence imposed (not the sentence served), you may apply for a Minister’s Approval of Rehabilitation. The Minister’s Approval of Rehabilitation will permanently remove the inadmissibility caused by conviction. If less than 5 years have elapsed, or if a person is only seeking entry to Canada for a single or limited period, then they may apply for;

WRITE US A GOOGLE REVIEW